In 1979 Abergavenny had no cycling club, and so a group of keen young riders and two established racing cyclists formed Abergavenny Road Club.  At first, the Club had about 12 members, mostly under 16 years of age. Club Runs of up to 60 miles at a leisurely pace were very popular, and soon Club members were taking part in local races, too. Membership quickly increased, and a wide range of age groups joined the Club.  There was a variety of cycling interests too, from racing through to touring.

Soon the Club became sponsored by Owen Construction, although in 1986 Bill Owen left to form another club in the area. Abergavenny RC then became sponsored by Mimo until 2001, when Govilon Garage took over sponsorship. Between 2001 and 2013 there have been other sponsors, in addition to Govilon Garage: Bikebase, Gateway Cycles and Nick Lane Building Contractors Ltd. In 2014 Abergavenny RC ceased to be a sponsored club.

Over the course of its history, Abergavenny Road Club has organised a variety of cycling events: MTB, road racing, cyclo-cross, charity rides, audax, time trials, roller racing and hill climbs. It has organised cyclo-cross events at the highest National level, both National Trophy and National Championship.

A number of riders have brought national and international success to Abergavenny Road Club. Under 16s brought the first national success to the Club in 1986, when Nicholas Bailey, Peter Legg and Gordon Main were the winning team in the national Under 16s 10 mile Time Trial championship (known as the GHS 10 mile Competition). N Jones, R Powell and J Hayhurst repeated the team win in the same championships in 1992.

In their mid-teens, Richard Wooles and Julian Winn were successful mountain bike riders before taking up road racing. Richard represented Wales in road racing at the Commonwealth Games before moving into a successful career in coaching. He coached Wales’ Women’s Road Race team in 2002, culminating in a win at the Commonwealth Games. After a coaching appointment at the UCI in Switzerland, Richard is now Canada’s National Track Coach. Julian rode for several professional teams. During this time, Julian won several top-class events, including the National Elite Road Race championships in 2002. Julian also competed in Commonwealth and Olympic Games, and the Giro d’Italia in 2003.

The summer of 2006 saw Jess Allen and Becky James win National Championships. Jess won the NationalJunior Time Trial championship, and Becky won the Under 16, 500 metre sprint Championships. In 2008, Jess formed part of the team that supported Nicole Cooke in her win at the World Road Race Championships. Becky has now won a string of National and World titles on the track, and several Sportswoman of the Year awards. In 2013, two Club members won World titles: Becky won her first two senior World titles, for the Sprint and Keirin, and Amy Hill won a World title as part of the GB Junior Women’s Team Pursuit squad. 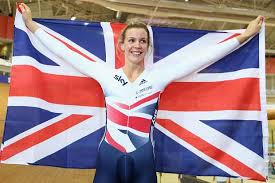 Although Abergavenny Road Club has seen members achieve success at the highest level, the Club has never been elitist. Riders of all abilities and ages continue to enjoy being members of the Club, which organises events for a wide range of cycling interests. Abergavenny RC has always encouraged young riders through their formative years, until they achieve their own potential as adult riders. A range of coaching sessions and cycle rides are organised for young riders, surpervised by qualified coaches and leaders. The importance that Abergavenny RC attaches to encouraging youngsters and providing excellent coaching support was rewarded in 2013, with Steve Lane being awarded Coach of the Year by Welsh Cycling.  Also, Abergavenny Road Club was awarded the ‘Welsh Cycling Club 2013’ accolade for its varied cycling achievements during the year.   The club repeated its success at the Welsh Cycling Awards, being named Club of the Year in 2014 and 2015. 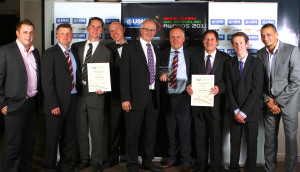 Our club now boasts 360 members and welcomes cyclists of all disciplines, abilities and ages.